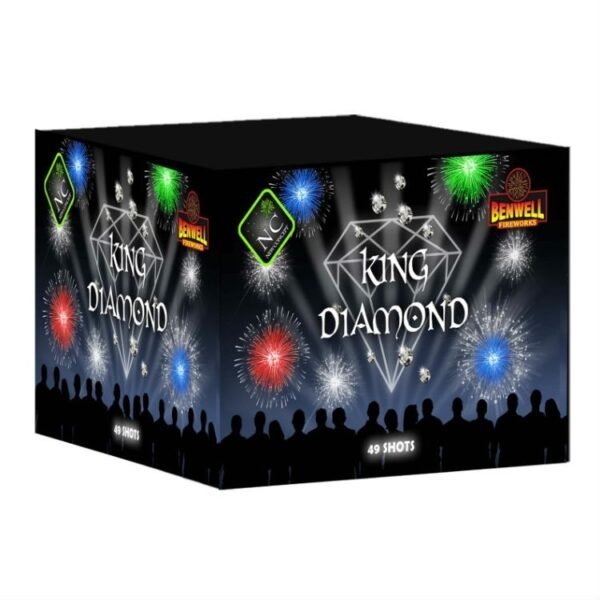 King Diamond Barrage Firework by Benwell Fireworks is a 49 shot aerial barrage. King Diamond is one of the latest fireworks to be constructed using Pyroblock technology. Traditional construction methods for fireworks can result in the tubes moving against one another during transit and the internal fuse breaking, the outcome being a  firework that stops part way through the display. A Pyroblock firework is made as one solid block so the chance of a miss-firing firework is greatly reduced.

What we liked best about King Diamond was the rate at which the shots were fired. King Diamond is a 49 shot firework made up of seven rows of seven shots. The first few rows fire the shots at about 2-second intervals which is what we would normally expect, but then all of a sudden King Diamond fires a whole row of 7 shots in about 2 seconds!